What is the difference between ultraviolet sterilization lamp and common fluorescent lamp?

What is the difference between ultraviolet sterilization lamp and common fluorescent lamp?

The difference between ultraviolet sterilization lamp and ordinary fluorescent lamp

Although the principle of ultraviolet sterilization lamp and fluorescent lamp and energy-saving lamp is the same, but the use of materials is different, ordinary fluorescent lamp USES ordinary glass, but such a material can not make the wavelength is 253.7nm ultraviolet ray out, so ultraviolet sterilization lamp can not use ordinary glass. You should use what material to make uv give up, that is quartz glass, the material of uv transmittance is very high, can reach 90%, so the quartz glass is the best material to do the sterilization lamp, due to the performance of the quartz glass and thermal expansion coefficient and common glass has a very big difference, so the ultraviolet germicidal lamp sealing cannot be used when using the common fluorescent lamp manufacturing high degree of automation of the circular sealing solution, to use manufacturing high technical content of technology, so the ultraviolet germicidal lamp on market price higher than the ordinary energy-saving lamps. 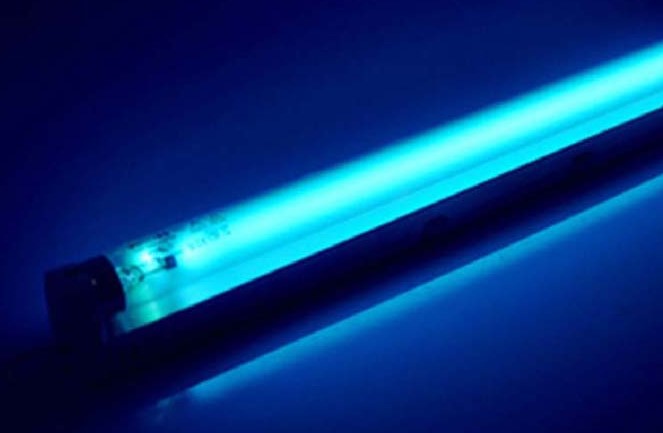 Advantages: ozone has a strong oxidation, can effectively kill bacteria, ozone dispersion can just make up for the ultraviolet ray only along the straight line, disinfection has the shortcoming of dead Angle.

Advantages: no ozone, sterilized people can enter the room immediately.

Disadvantages: only along the straight line, disinfection has a dead corner.

How to test whether the ultraviolet lamp is qualified?

(2) Open the TUV36W ultraviolet lamp tube, and after 5min, the tube will work steadily. According to the intensity indicated by each standard color block on the indicator card, adjust the ultraviolet radiation intensity (measured by illuminometer) at the test point in the center of the irradiation table under the lamp tube respectively for subsequent irradiation test.

(4) Immediately after irradiation, observe the illuminated indicator card with the naked eye, and compare the color blocks in the discoloration area with the corresponding standard color blocks.

(5) At the same time, determine the intensity of uv exposure with an illuminometer to check with the result of the indicator card.

(6) If the coincidence rate between the color block of the discoloration area and the standard color block and the detection result of the indicator card and the measurement result of the illuminometer is ≥90%, it can be judged as qualified.

Ozone has a strong affinity, can achieve the purpose of "fresh" air, formaldehyde oxidation decomposition into harmless to human body carbon dioxide (CO2) and water (H2O), the specific chemical reaction formula is HCHO+2O3=CO2+H2O+2O2, 2HCHO+2O3=2CO2+2H2O+O2. And has the bactericidal effect at the same time.

Because ozone is a kind of harmful gas, it can cause certain harm to human body and other living things. Its strong oxidizing material also has strong corrosiveness at the same time, therefore can cause certain damage to the articles in the home. So ozone lamps have been replaced by new methods to remove formaldehyde.

The results of scientific research show that the killing rate of ozone on bacteria and viruses is much higher than that of ultraviolet ray. Ozone is easy to dissolve in water, and its solubility in water is about 13 times that of oxygen. After dissolving in water, ozone has stronger disinfection and sterilization ability.

Ozone is harmful in small amounts, generally not more than one percent acceptable. Small amounts can be refreshing and have many benefits.

With ozone function ultraviolet disinfection lamp, only its ultraviolet radiation intensity is higher than ordinary ultraviolet lamp, produce ozone is its "incidental" function, because this the ozone amount that its produce obviously cannot compare with "full-time" ozone machine.

When ultraviolet rays are irradiated, they produce more ozone because of oxidation, such as high ultraviolet intensity. Uv penetration is very weak (generally used to disinfect surfaces where the light source is no more than 1.