The Difference Between The Home Lighting Tube And The Ultraviolet Lamp

The Difference Between The Home Lighting Tube And The Ultraviolet Lamp

The principle of Household Lighting Lamp 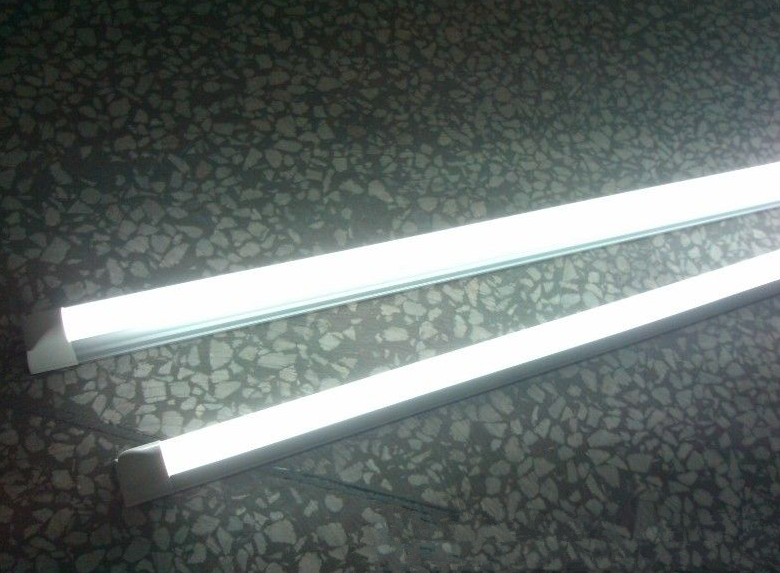 When electrons are excited, atoms release visible photons. If you already know how atoms work, you also know that electrons are negative charged particles that walk around the nucleus. Atomic electrons have different levels of energy, which mainly depend on several factors, including their velocity and distance from the nucleus.

The different energy levels of the electrons occupy different rail functions and tracks. In general, electrons with large energy are farther from the nucleus. When an atom gets or loses energy, electrons move between a low orbit and a high orbit. When something is going to pass the energy to the atom--in heat, the electrons can be advanced to a higher orbit (away from the nucleus). The electrons only stay in this orbit for a short time: almost immediately to the nucleus to its original orbit. The electrons then emit additional energy in the form of photons. the wavelength of light emission depends on how many energy it can The amount is released, which is also dependent on the orbital position where the electrons are located. Thus, different classes of atoms will release different classes of visible light. In other words, the color of the light is determined by the excited atomic species. This is almost the basic working mechanism of all light sources. The main difference of these light sources is the process of exciting the atoms.

In an incandescent light source, that atom is excited by heat; in the lamp, the atom is excited by a chemical reaction. The central element of the fluorescent lamp is a sealed glass tube. The tube contains a small amount of mercury and an inert gas, typically an argon-inert gas element, which remains very low. The tube also contains fluorescent powder, and the glass tube is coated with a layer of fluorescent powder. The two ends of the glass tube are respectively provided with an electrode which is connected to the electric current.

When the inert gas in the lamp tube is ionized at high pressure, the conductive current of the gas is formed, and the moving gas ion continuously gives the mercury atom energy between the collision with the mercury atom, which makes the mercury atom's extra-nuclear electron always transition from the low orbit to the high orbit.  A white light is generated.

The sterilization principle of the Ultraviolet Lamp tube 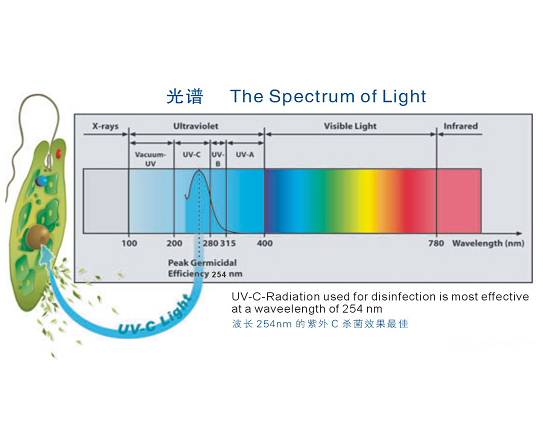 The light of the UVC wave band has the capability of broad-spectrum sterilization and disinfection, and can kill the bacterial virus and various micro-organisms and can make it impossible to reproduce and propagate. The ultraviolet sterilization is a pure physical disinfection method, and the non-residue is not added to the object to be processed. Other substances. Compared with the disinfection method of chemical reagents, it is more environmentally friendly and safer. At the same time, ultraviolet radiation has bactericidal effect on most viral bacteria, so it is also widely used in the field of disinfection of water and air.